My earlier works predate the white box concept and were all mains powered.

Early ones were lit by fluorescent tubes, either built into the frame or the base. This made them fairly bulky and the need for mains power meant each had a cable attached. Some were free standing, designed to be displayed on a plinth. Others were wall hung in either MDF cases, or latterly, perspex boxes.

The major conceptual difference is that these boxes were essentially designed to be looked into rather than looked at. They had “interesting” interiors with optical illusions designed to distort the sense of space i.e. they sometimes looked bigger on the inside than the outside. 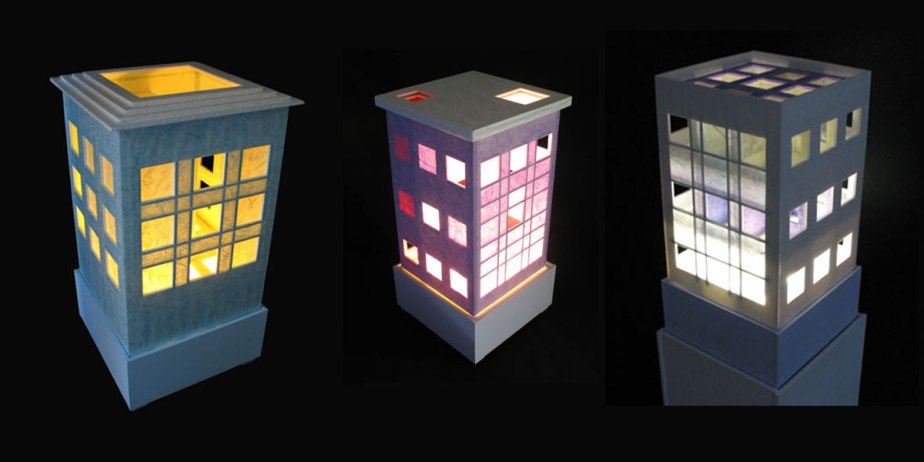 These large free standing pieces were designed to stand on a pedestal. Each had some sort of interior illusion which could be seen through various openings in the structure. 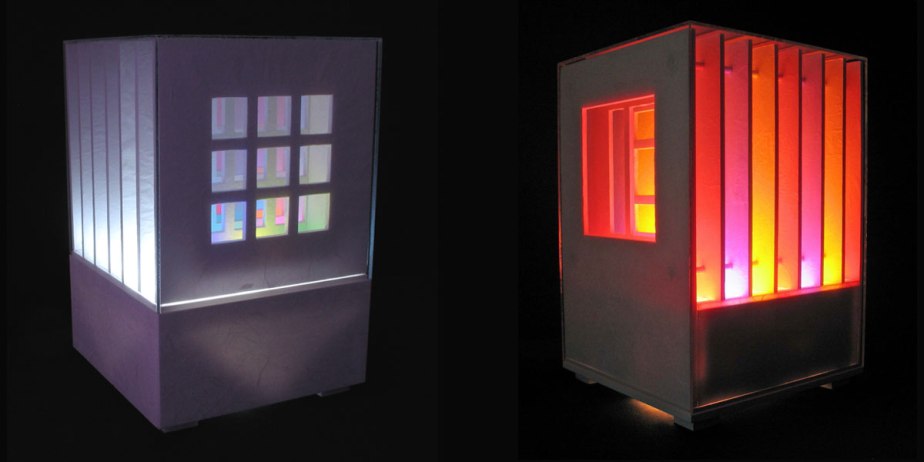 These small free-standing works were designed to fit on a shelf or table. They have a single light source in the base, which illuminates the interior from beneath. 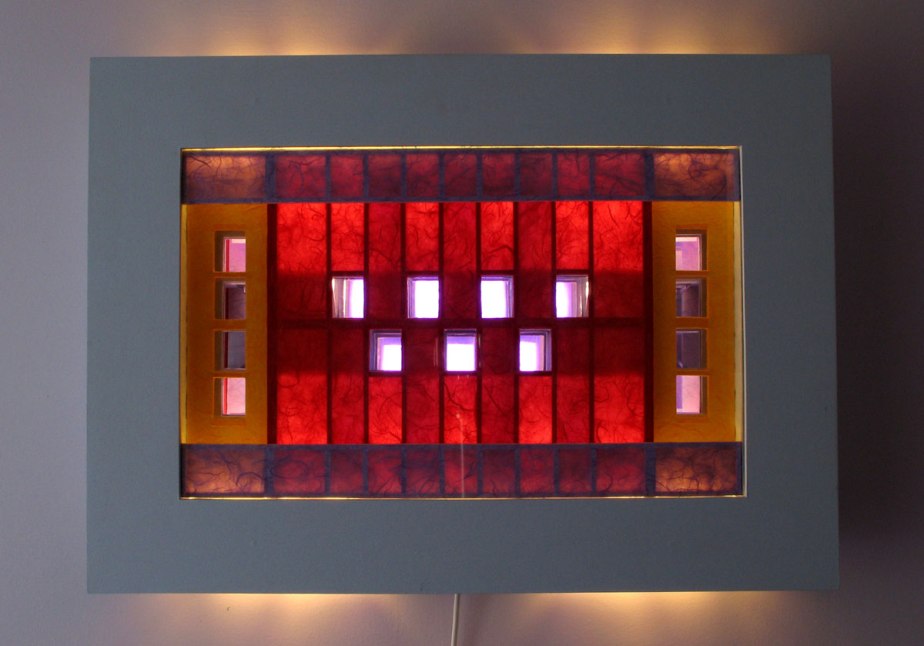 The above box is an example of four wall hung pieces that I made with custom built MDF frames. The heavy frame was necessary to contain fluorescent tubes at top and bottom. Below is another example of the same type. 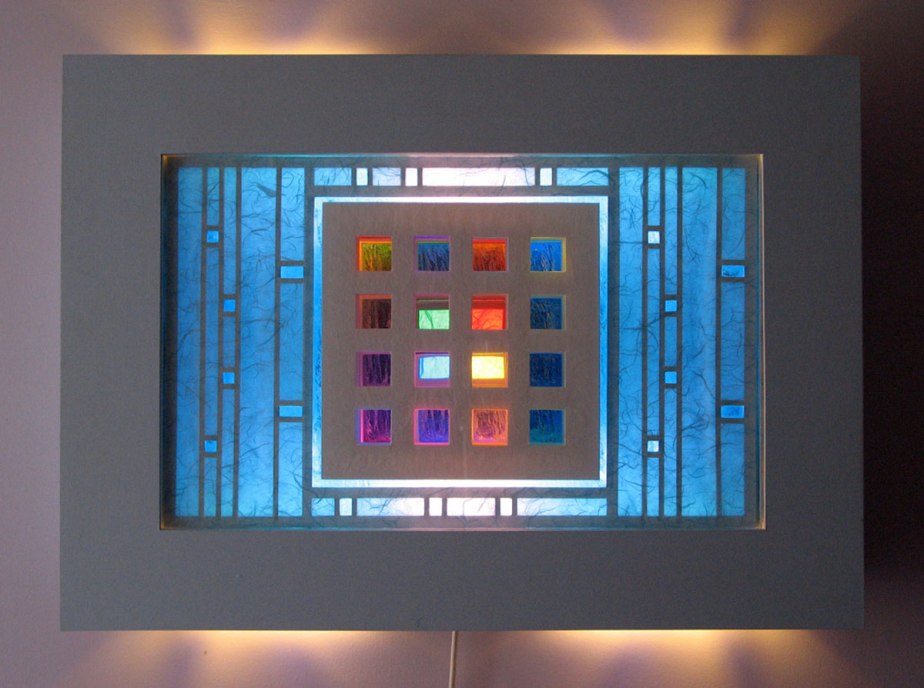 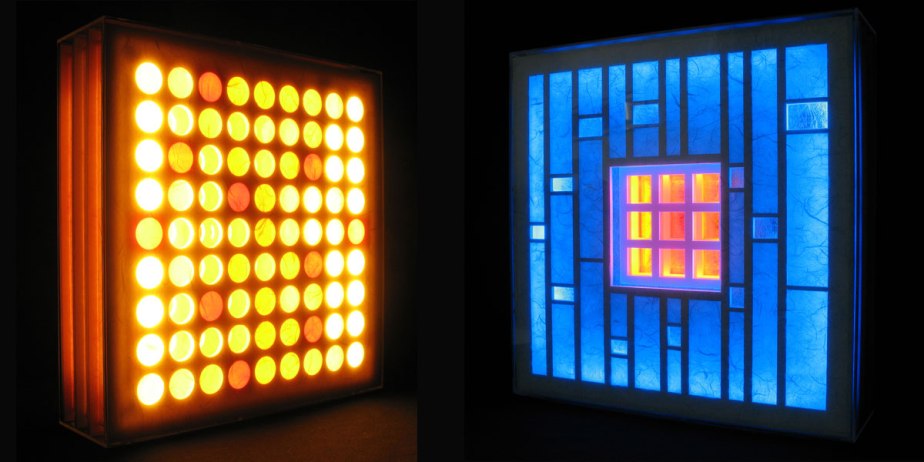 Here you see the first effect of using LED’s instead of fluorescents. One no longer needs a substantial box to contain the work. These pieces are lit by LED self adhesive strips and fit neatly into perspex containers.

The design of my Lightworks has changed steadily over the years, partly in response to emerging technologies. The new boxes are lighter, easier to hang and don’t require a mains lead. All the components can be found online, often through Amazon. What a brave new world we live in.

To see all my earlier work you can visit my previous website which is still available on line at www.studiobarton.co.uk. I have not maintained this site since 2014 as I found that keeping it up to date took time that I would rather spend creating art works.

This WordPress site is far simpler and does not require the same level of maintenance or creative input.